Dutch registrars joined forces to deal with the Corona crisis. Because not only did holidays abroad have to be postponed due to the travel restrictions, but it had also become nearly impossible to accompany works of art for international loans. The solution: virtual couriers. It may not be our salvation or the new standard, but in many cases it is now a workable scenario. And maybe there is something in it for the future after all. A conversation with Faye Cliné, Registrar at the Mauritshuis in The Hague. 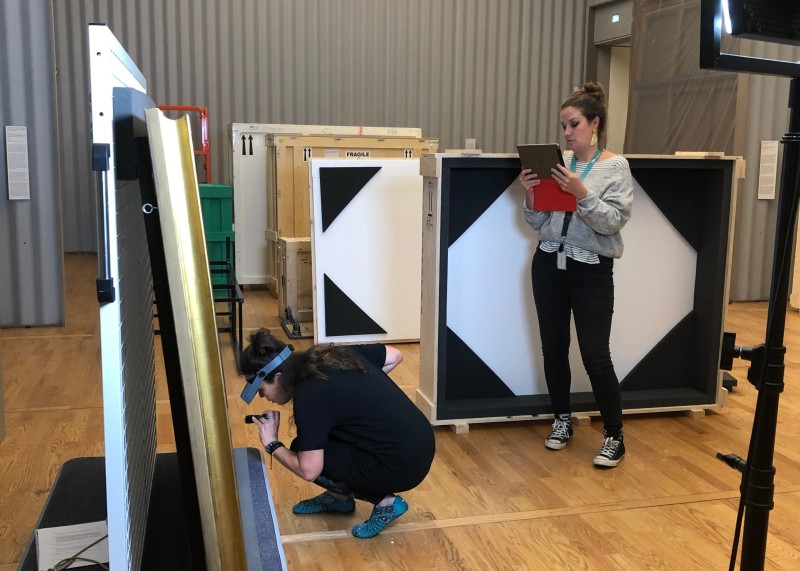 When many exhibitions were cancelled or postponed indefinitely, artworks did still travel occasionally. Remote viewing is now often done digitally, via a live connection on a phone or tablet. This allows the borrowers to demonstrate in real time that the utmost care is being taken with the lender’s work. And that’s not such a bad thing at all, because flying less contributes to the sustainability goals that museums have also set for themselves.

Yet physical courier services cannot be replaced completely, says Faye Cliné. The condition of a work cannot be properly assessed on a screen. A restorer in situ can do something about that, but it’s all done in good faith. All those phones and other devices so close to a work of art also pose a risk. Moreover, virtual couriers only allow you to check the condition and installation, and there is no oversight during transit, which means we are dependent on the expertise of the transport agents.

Transport agents see a market and are now working on special software for virtual couriers, something that museum professionals are not so keen on as yet. After all, if they can pinpoint the location of their Rembrandt at all times, so can those with malicious intent.
So for the time being we’re breaking new ground. That’s why Dutch registrars joined forces during the first lockdown and started organising large-scale Teams meetings. This network is a safety net for smaller museums in particular, because it is now easier for them to consult their colleagues from larger institutions and their extensive international network.
Interestingly enough, the international network has just announced that Tate Britain will indeed make virtual couriers the standard. From now on, they will only send a colleague if there is no other option.
Dutch registrars coordinate via the Dutch Registrars Group (NRG). Their online meetings will continue for the time being, albeit less frequently.